skip to main | skip to sidebar

So I had to skip a week of SONGFIGHT thanks to school, but here I am, back on the charts. This is a particularly interesting entry because it actually has an organizing theme behind it. I was trying to think of good ways to use the title and suddenly Anne Frank and the holocaust popped into my head *pop!* Well here we are, a song from the perspective of Anne Frank's parents. Keep in mind that I tried very hard not to focus on the negative parts of the situation, like being stuck in an apartment for years. Instead I thought, "Hey, All of the other Jews are getting sent off to 'work camp' but they're just chillin' out, safe in and sound in their secret fort." Pretty awesome if you ask me. Sure they were eventually betrayed and sent to a concentration camp whereupon they all died, but for at least a little while, I bet they felt something like this...

EDIT: I AM TOTALLY AWESOME AND GOT EVERYTHING WORKING FINE IN BOTH IE AND FIREFOX. IF YOU DON'T HAVE FLASH PLAYER THEN YOU'RE SCREWED. (Or just download the files and listen to them locally.)

EDIT: APPARENTLY NOTHING HERE WORKS WITH INTERNET EXPLORER. I'M A NOOB SO I DON'T KNOW HOW LONG IT WILL TAKE ME TO FIX THIS. IN THE MEANTIME, GET A REAL BROWSER.

So if you haven't noticed. I've replaced all of the esnips mp3 players with a smaller, better looking, easier to modify one that has no ads and will never "label my content as inappropriate." The problem now is that I'm not quite the whiz at flash and javascript that I'd like to be so they don't always function as planned. I have had about 2 days worth of experience so work with me here. I AM TOTALLY FRIGGIN' AWESOME. If you want to listen to a song, click the gray player at the bottom of the posts. It may take a second to load the song, but it should start playing without any further provocation. I've been having trouble preventing them from starting on their own when you move the mouse over top of them. If you're trying to read and one starts playing, that's probably what happened. Just push the stop square and turn the other cheek. I'll get this figured out eventually I swear! Also, I forgot to put download links. I'll get that worked out too. HAVE I MENTIONED HOW AWESOME I AM?
Posted by John at 12:57 AM No comments:

How much will you give me? 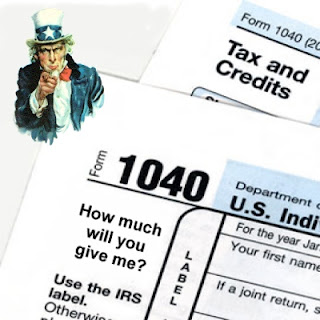 I enjoyed making A Friendly Reminder so much that I decided to go hard rock for the second SONGFIGHT! in a row. There are a few minor problems here such as the vocals in the verse being a little muddy, but I feel like this song really turned out how I wanted it to. It has all the elements that a good 80's hair metal track should, including outrageous screams and a violent solo that I couldn't believe was coming out of my guitar. I think a lot of that came from the atmosphere at the time. I literally put on some aviators and stood in front of a mirror with a fan blowing in my face while I was playing. I can only imagine what it's like to do that in front of 1000 people. Turn up your volume and rock out at the half-time section for maximum effect. The lyrics for this came right out of my mouth at full speed. I had the whole song written in fifteen minutes. There is an explicit section of shouting to which I'm cautious about attaching my name at this point in my career but it really fits the mood. I made a radio edit version, which plays first, just in case you aren't interested in hearing me violently swear at you. Otherwise push next. I'm learning a lot more about the ever-important production stage of songwriting. I think it shows in the bass and drum sequencing for this song, both of which are more involved than anything I've made to date. This song is a solid rocker and if you can get past the muddy sound in certain places (I'm still learning how to EQ properly) then it's a lot of fun. I'll put up the song art when it's posted over at SF! 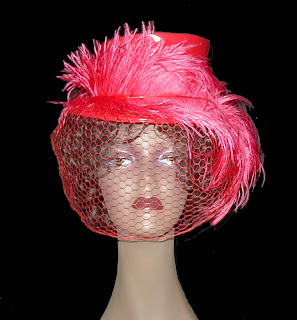 So, after much debate I've decided to put this back up because, after all, I made it. It was intended to poke fun at a friend of mine from work who is an aspiring waif and fashion connoisseur. He was flipping through Esquire and actually said to me, "Check out this jacket. That shit is cute, Homie." From there I pretty much had no choice but to write a song. I'm pleased with where it turns pseudo Prince in the chorus, the whole idea worked out pretty well. It was alarming to discover how similar it is to Liam's "Kelly - Let Me Borrow That Top" but I still feel like this turned out better than his did. That's not to say I don't enjoy the video, Kelly is a great invention. Call this a revisited idea or whatever you will, but I've had too much positive feedback on this song to not post it. Besides, it's too cute!

John
Miami, Florida, United States
This is a collection of the music I've created or collaborated on. I use my laptop to sequence the bass and percussion by hand, the rest is recorded with a Line6 Toneport UX2.